He has a dashing similarity with Lucifer. His handsome persona, carelessly tossed mane, his quirky sense of humour and of course the unmissable green eyes that look into your soul… Gaurav Chanana is also one person who
7 May 20 Author Agency CategoryActor No Comment Read More 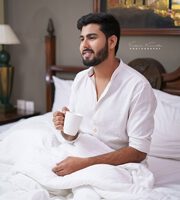