Kanwalpreet Singh calls himself ‘lucky’ for sharing screen space with his ‘idol’ Diljit Dosanjh in their upcoming film “Arjun Patiala” & counts the opportunity as a ‘big deal’
Calling Diljit Dosanjh one of the most “phenomenal” performers, Kanwalpreet said, “It still feels surreal to share screen space with a man whom I have always looked upon. His journey is inspirational. A punjabi superstar, now a Bollywood superstar. It’s an honor to be a part of the same project as Diljit paaji ” 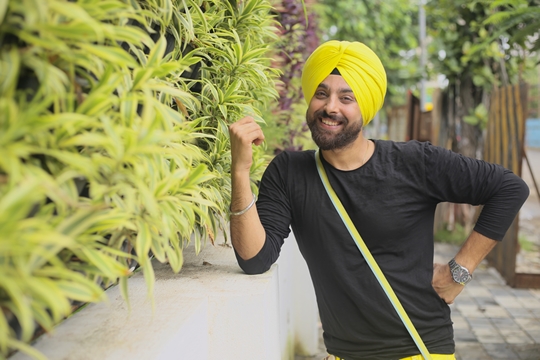 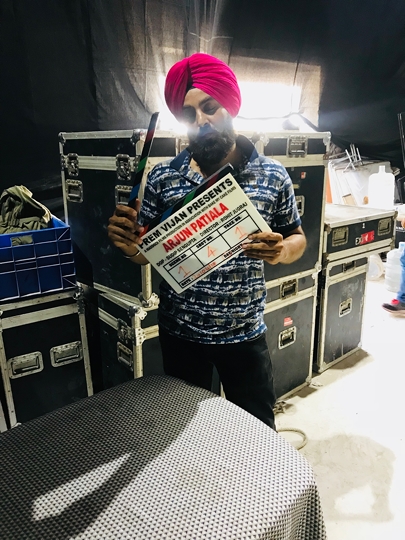 Blame his talent, dedication or passion that, Kanwalpreet’s role in the film may be small but it is one of the most crucial roles in the film. Playing leader of a Patiala gang, Singh calls his role ‘substantial’ & ‘long enough to make an impact’ “At times, it’s not the duration of the role, it’s about contributing in the story. Smallest of roles, can have the maximum impact if the actor does justice & plays the role to his utmost potential”
“Arjun Patiala is by far by best work & why not look at the star cast of the film, I had to match up” adds Kanwalpreet
Directed by  Rohit Jugraj, the film also stars  Kriti Sanon, Varun Sharma, Ronit Roy, Sunny Leone. Slated to release on 26th July, 2019 the film is produced by  Dinesh Vijan & Sandeep Leyzell,  Bhushan Kumar & Krishan Kumar.